No, it's not me again :) Thank goodness! But it's not Dave either. From our Facebook page Astra Stanwyck volunteered her hobbies to be posted. I had no idea mini golf was a competitive sport until she mentioned it. In fact she won the Ladies USPMGA Master's Championship while on crutches (though she opted to wear a splint rather than hobble on crutches. The picture below is from that tournament. 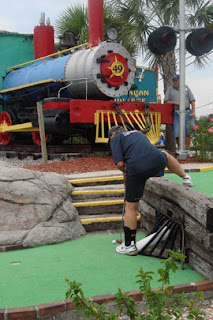 For one of the tournaments ESPN showed up to take some footage. 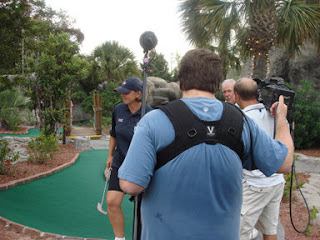 To find out more about mini golf tournament check out her website.
S